I (Stephen Chao, boss of Wonderhowto)  gave a speech at CES yesterday.  The question of the day was on the topic of Television and Internet convergence:  how long would it take for the fancy pants producers/writers/directors of Hollywood to choose to migrate to the internet to produce their very best video and film?  Or conversely, how long would it take for internet producers to garner Hollywood type wages? 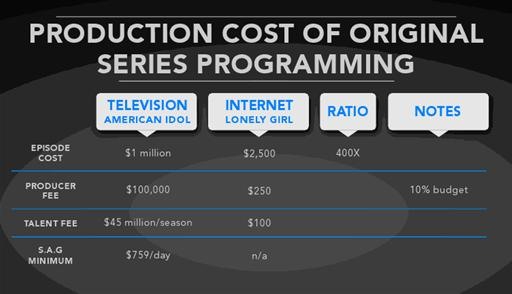 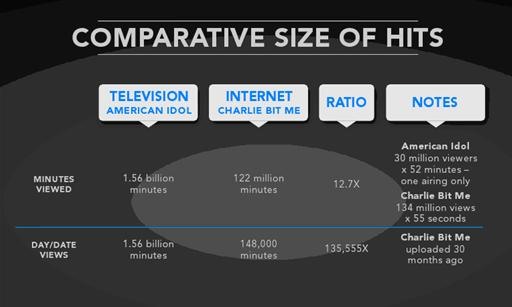 As it happens, I spent a good number of years running networks and producing TV shows before I fell for WonderHowTo.  As an internet convert/television refugee, I was curious to simply dig into the numbers to see what the data said.  The speech was not so much about my prophetic powers, as much as it was an economic State of the Union comparing television production to internet video production.

The first order of business was to compare and contrast video consumption of the two media.  It turns out that we Americans watch 4 hours and 49 minutes of television (yes, every friggin' day).  But we only watch 8 minutes of internet video per day.  So on a pure eyeball basis, television has 36X the audience size of us internet video junkies.  The next order of business was to determine how much advertising money could be spread around internet-video compared to how much advertising money can be spread around television production.  While television splits of the economic pie among 150 important channels, the internet video divides its (meager) digital dollars across a huge (and ever expanding) number of sites. 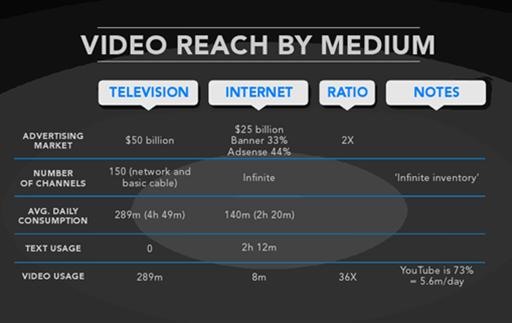 The conclusion for me really is: keep the belt tight for a while, but economic convergence is within sight.  I think within five years there will be many, quality examples of true economic convergence.  We at Wonderhowto plan to profitably be producing fantastic, large scale how-to videos in far less than five years. 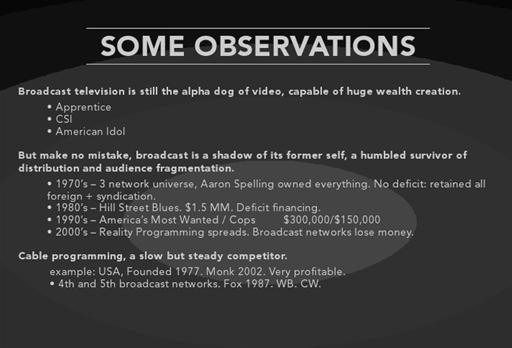 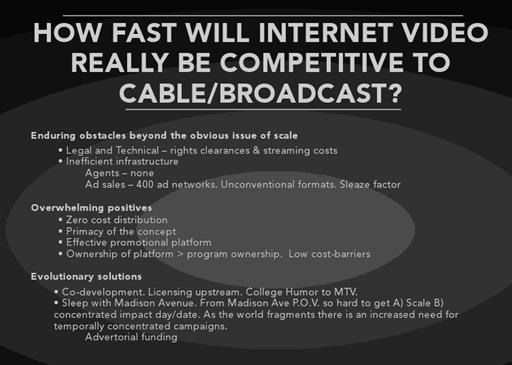 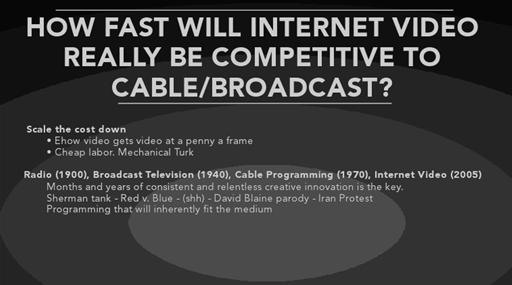 Watch the CES video coverage of the speech here.

But enough about us.  If you have any comments, just ping me at contact@wonderhowto.com.

You should have talked about direct sales videos like "THE SECRET". Seems like this is the only way to compete with television.