Recently, buyout talks between Google and Groupon ended with Groupon turning down Google's $6 million offer.  But with Amazon backing LivingSocial, should they have?  Your guess is as good as mine, but one thing's for sure— Groupon has a great voice, and they're sharing it with the world via their Public Groupon Editorial Manual.

Copywriting is everything when it comes to the web.  You can design a picturesque website, but without the right editorial élan, it will fall flat.  And this is especially important when it comes to internet sales.  Great copy is the key to luring customers in.  Nobody is attracted to dullness and banality.  People want spunk.  They want creativity.  They want to know they're getting a deal.  And Groupon is well aware of this.

Groupon is considered one of the fastest growing websites ever according to Forbes, and that's probably one of the reasons Google was hunting them down.  But the mighty predator came home with a clean shotgun while the buck's in the field trying to mate— with your money (not Google's).  But we don't care— we want to give Groupon our money, because in turn, they're saving us money.  That's the whole thrill of coupons— saving money.  But those coupons would be worthless without Groupon's creative copywriters, and maybe those dastardly pricks (i.e. antlers, not Google).

They have a knack for making the most mundane services sound exhilarating.  With their amiable, informal writing, we can't help but fall for it.  Even when it comes to Yoga.

Example from a current Groupon offer for Yoga classes:

desired side effect of a radioactive-meteorite encounter is the acquisition of super strength, the success of Atomic Limber Larry proves otherwise.  Stretch your connective tissues to superheroic proportions with today's Groupon: for $49, you get one month of unlimited classes at CorePower Yoga, a top-rated studio at the Sherman Oaks location (a $149 value).  Plus, if you are a new student, you are eligible for CorePower's introductory offer good for an additional first week of classes for free; use the week to try out all the different classes, then use your Groupon to stick with your favorites.

That right there makes every comic book nerd on Earth suddenly want to grab a yoga mat and do the downward facing dog.

If you're in the marketing business online, or want to beef up your copywriting skills, then you should probably take a gander at the Public Groupon Editorial Manual.  You'll learn a wealth of information about the value of copywriting.  You might just learn a thing or two.  But more importantly, you'll laugh and want to make others laugh.

The Google document is broken down into 7 main subjects.  I'll list them below, along with excerpts from within, so you get a feel for what kinds of things you can learn.

Visit Groupon Voice directly, or view the excerpts below. 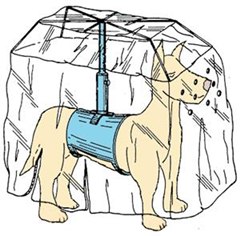 Humankind has been playing with fire for years; now we can harness the bronzing essence of the fiery sun in a gentle mist, proving once and for all our dominance over the weak, inanimate solar system.

While using the 2nd person is sometimes unavoidable, the preferred voice you should aim for is the 3rd person, omniscient narrator.  Selling points, information, and humor are all usually stronger in this voice.  When introducing something nonsensical (fake history, mixed metaphors), don't wink at the reader to let them in on the joke.  Don't call it out with quotes, parenthesis, or any other narrative device.  Speak your ignorance with total authority.  Assert it as fact.  This is how you can surprise the reader.  If you call out your joke, even in a subtle way, it spoils the surprise.  Think of yourself as an objective, confident, albeit totally unqualified and frequently blatantly ignorant voice speaking at a panel you shouldn't have been invited to.

I break that one all of the time!

3b. Traditional Marketing Clichés and Crutches to Avoid 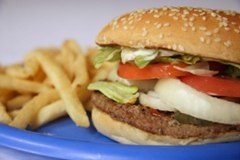 Repetitive use of the imperative.  The reader doesn't want to be told what to do, so don't fall into the trap of "try the burger..then try the desert...finish it off with a glass of wine."  Instead, just describe those things without insisting that the reader do anything in particular.  If they like how you describe the burger, they'll figure out on their own that the burger can be enjoyed by drinking it.

Avoid running jokes (one creative idea that is repeatedly elaborated upon throughout the write-up).  If a running joke fails, it leaves the editor with nothing to work off of.  Running jokes are generally less effective than a series of unrelated, entertaining, absurd asides.  With each elaboration upon the existing humor framework, the reader is less and less likely to be surprised.  Instead, allow your copy to react on the fly to the selling points as they unfold—take the piece on a varied journey, like experiencing Epcot Center on a segway. 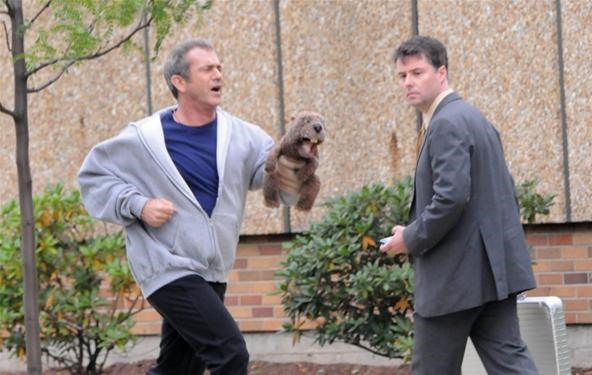 I do this one frequently, too.

Massages - don't say anything that can even remotely be regarded as sexual.  Even saying "ooze" will set people off.  Not worth the risk.  It's less "offensive" than it is simply a sensitive topic to massage people.  Likely to result in vendor edit requests. 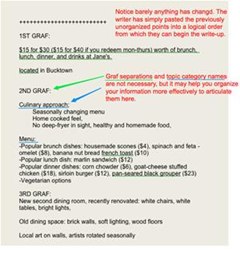 For something like a clothing store, please list the values of a few different kinds of items.  Examples:

The Humor Writing section has links to various examples of good humorous copy on Groupon.  You should go browse... I'll just take a snapshot of the example called DIY for Lazy People: 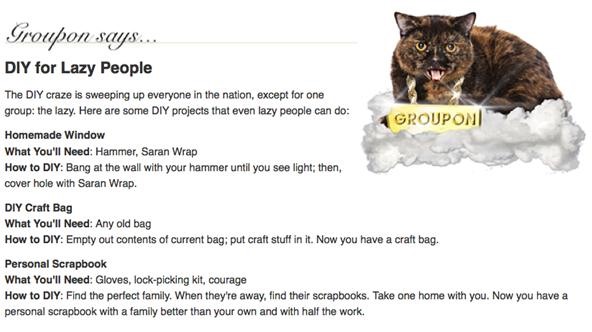 Step 4 How is Groupon Transparent?

How is Groupon Transparent?

This is Groupon's Factcheck Checklist - For Public Use.

This is a must for any copy editor— the Copy Editing Style Guide. 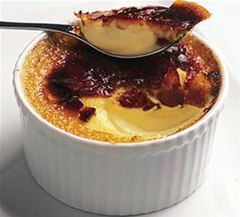 4.  Hedders (yes, that's not a spelling mistake on my behalf) 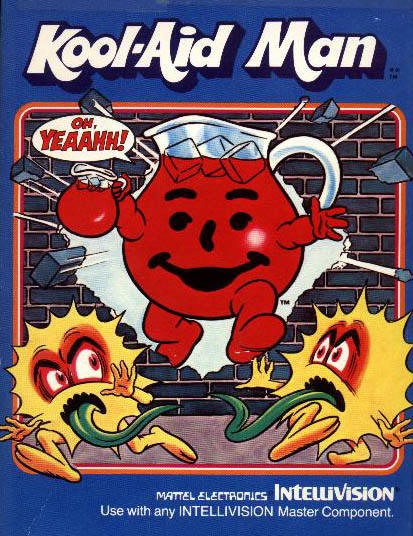 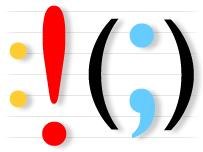 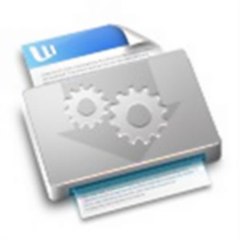